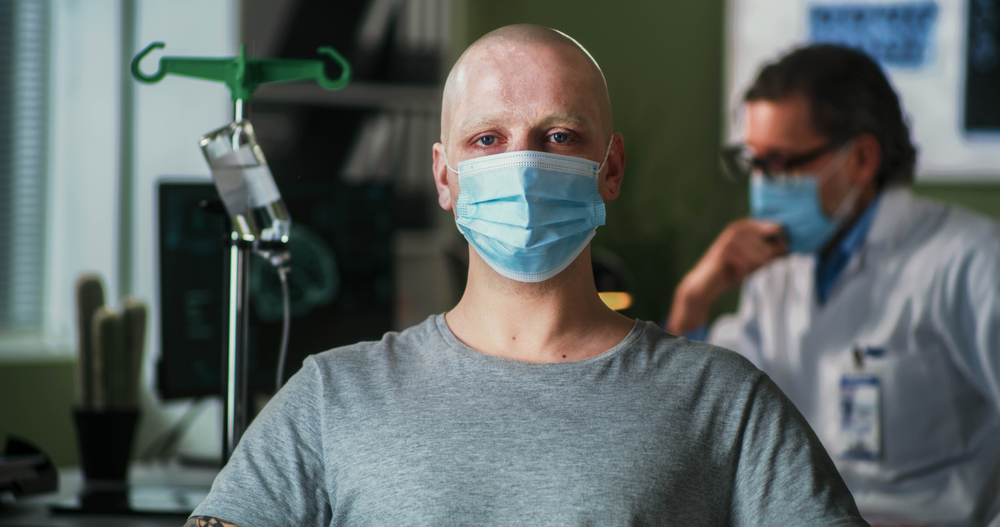 Discover the benefits of medical cannabis in the oncology context to offer a better quality of life to your patients.

Chronic pain, fatigue, insomnia and lack of appetite are some of the symptoms often associated with several types of cancer. Anxiety, depression, nausea and vomiting from radiotherapy and chemotherapy protocols are also common in cancer patients. The use of medical cannabis as a therapeutic adjuvant in oncological context shows promising results that reinforce the potential of this plant in fighting symptoms of cancer and side effects arising from its treatment.

However, to make an assertive prescription and achieve positive results it is necessary to be aware of scientific precepts that involve cannabinoid therapy. In fact, it is the misinformation and lack of knowledge on the subject that often cause the physician to give up this valuable adjuvant in cancer treatment.

If you want to include medical cannabis in your therapeutic arsenal, safely and effectively, save this post to your favorite. We will talk about the benefits of cannabinoid therapy in cancer patients and how to fully exploit the potential of this plant, based on scientific evidence. Check out!

Although CBD (cannabidiol) and THC (tetrahydrocannabinol) are the most well-known phytocannabinoids in medical cannabis and also the most explored by scientific researches at the moment, Cannabis is a plant that brings together more than 500 chemical compounds, each with their own therapeutic potential.

Terpenes, for example, represent a particular pharmacological potential - more than 120 of them have been described. These compounds are responsible for the plant aroma. For plants, terpenes function as a natural repellent to ward off predators, for us, terpenes represent a decisive pharmacological potential in the context of the medical use of Cannabis.

These compounds interact with cannabinoids and produce a strong influence on the physiological effects that cannabis-based products will have. Therefore, knowing and understanding the terpenes profile of each product is essential to propose an ever more assertive and refined treatment.

Especially because an optimized result in cannabis therapy happens just when the Entourage Effect of the plant is explored. In this interaction, all Cannabis compounds - cannabinoids, terpenes, flavonoids, among other substances - act synergistically to optimize therapeutic gains and modulate potential adverse effects.

A proof of terpenes potential is that there are several patients who use exactly the same amounts of THC and CBD for the same health problems, however, they experience very different responses. This demonstrates that terpenes and other components in the Cannabis plant, such as flavonoids and smaller cannabinoids, exert a decisive chemical interaction in this therapy.

The importance of the Entourage Effect has already been evidenced, also, in the antitumor potential of full spectrum products (produced from full extract of the plant) compared to the use of isolated compounds. An example is this research published in 2018, which demonstrated a significant increase in antineoplastic responses in breast cancer tumor cells with the administration of whole plant extracts, predominant in THC, when compared to administration of THC alone.

Another decisive factor in the context of medical cannabis is that each patient has his own biochemical structure and a unique Endocannabinoid System (SEC), which means that the metabolism of cannabinoid substances in the body is also absolutely individual. This explains why there is so much variation in the average therapeutic dose in patients and why some patients seem to be refractory to certain strategies of using cannabinoid derivatives.

>>> Speaking of Endocannabinoid System, see this post to understand what the SEC is, how it works and why you need to know it! <<<

For cancer patients, medical cannabis has a number of potential benefits, especially in the management of symptoms associated with cancer and its treatment. One of the biggest challenges for handling more complex clinical cases, as in oncological context, arises precisely from refractoriness to conventional therapies and relevant adverse effects commonly associated with these therapies. Especially in these cases, it is important to know the profile of the main chemo-variants of the plant, in order to optimize the results and prescribe a Cannabis-based product with the ideal profile for each patient.

The most well known and scientifically explored phytocannabinoids to date, CBD and THC, are produced from a complex sequence of biochemical reactions within the Cannabis flower trichome. Currently, there are three well-known variants of this plant:

CBD and THC are able to interact with endocannabinoid System Receptors to balance a series of pathological and physiological processes, including the main symptoms associated with the oncological context such as inappetence, nausea and vomiting, pain, insomnia and anxiety.

An example is this research published in 2020, which assessed 101 patients with serious illnesses and using medical cannabis, 76% of them with cancer. Most of the assessed patients (98%) considered the adjuvant use of cannabinoids to be effective for pain control..

Among cancer patients, the majority (59%) reported that Cannabis is important not only for pain relief, but also for controlling other symptoms, such as anxiety and insomnia, reporting feelings of well-being associated with the use of the plant, without the occurrence of important adverse effects.

This other study, published in 2018, was even more comprehensive when assessed a group of 2,970 cancer patients, treated with medical cannabis between 2015 and 2017. The results signaled the safety and efficacy of cannabinoids as adjuvants in cancer treatment, bringing more quality of life to patients dealing with symptoms related to the disease malignancy.

After six months of follow-up, patients responded, as follows, to cannabis therapy: 95.9% of them reported a general improvement in their condition, 3.7% reported no change and 0.3% reported a worsening of their medical condition.

Below, we summarize the main evidence of using medical cannabis as adjuvant therapeutic agent in cancer.

Particularly chemo-variants prevalent in THC show positive responses on the levels of perception of chronic and neuropathic pain derived from cancer and cancer treatment.

Although it often does not "neutralize" the perception of pain in these situations, the main results include a decrease in pain intensity and an increase in tolerance level regarding unpleasant feelings related to pain. Better pain control helps considerably in patients' well-being, improving their functional status and influencing their quality of life.

Feeling of relaxation and well-being

The anti-spasmodic and muscle-relaxing effect of THC is scientifically proved. In addition, the euphoric state resulting from THC psychoactivity often contributes to a feeling of well-being, improved mood and reduction in anxiety in cancer patients, who are in a deep state of physical and psychological suffering.

Control of nausea and vomiting

The antiemetic potential is another THC property that has already been widely explored by science. This phytocannabinoid helps to reduce the symptoms of nausea and vomiting in patients undergoing radiotherapy and chemotherapy, directly impacting the quality of life of those who are under said therapies.

One of the most well known and scientifically documented attributes of THC is the stimulation of appetite. No wonder, THC-based drugs have been used for a long time as adjuvants in the treatment of cancer patients or patients with other diseases that induce cachexia, such as AIDS and some neuropsychiatric disorders.

>>> On this topic, check out the paper Dronabinol oral solution in the management of anorexia and weight loss in AIDS and cancer, by authors Melissa E Badowski, Paa Kwesi Yanful.

THC is a potential sleep-inducer, especially when used in combination with terpenes of sedative potential such as myrcene, reinforcing the synergy of the cannabis entourage effect. By improving the sleep pattern, the administration of chemo-variants predominant in THC helps to reduce and wean the use of benzodiazepines in patients with insomnia and other sleep disorders.

As earlier discussed, there are several studies showing that the assertive use of medical cannabis can mitigate many symptoms common to cancer patients.

However, in oncological context, the therapeutic potential of Cannabis shows to go much further. Numerous preclinical studies have demonstrated the antitumor effects of cannabinoid derivatives. For this reason, it is crucial to monitor the evolution of this topic to assess the prospects for long-term therapeutic gains based on these new discoveries.

Preliminary studies addressing the subject include experiments that demonstrate the potential of cannabinoids to inhibit the growth of tumor cells in vitro and in animal models, through different mechanisms which involve the induction of apoptosis and inhibition of angiogenesis and metastasis of tumor cells.

Some recent works bring more robust and specific results, as in this experiment published in 2021, which points out the anti-tumor effects of Cannabis nabiximols-based formulation in fighting glioblastoma multiforme (GBM) - also known as grade IV glioblastoma, which is the most common and aggressive type of malignant brain tumor that affects humans.

Despite of encouraging results, clinical trials in this field are still preliminary. Therefore, it is important emphasizing that cannabis therapy should not be used to replace chemotherapy drugs and standard cancer therapeutic protocols. The use of medicinal cannabis in the oncological context must be an adjuvant therapy, helping to rescue the quality of life of cancer patients and enhancing standard oncological therapeutic protocols.

In addition to customized treatments according to the clinical context of each patient, the physician must be properly prepared to recognize the profile of the cannabis-based drug product that will be prescribed, balancing therapeutic effects and possible adverse effects in order to find the optimal dosage to be administered in each case.

Only a course of excellence is able to provide this disruptive knowledge to doctors who wish to incorporate cannabis therapy effectively and safely into their prescribing practice. The WeCann Academy is committed to your journey of learning and offers an International Certification in Medical Endocannabinoid, supported by professionals from around the world with extensive prescribing experience.

We connect experts from around the world in a global community of studies on the Endocannabinoid System to interconnect scientific knowledge and practical experience in the medicinal use of Cannabis.

Do you want to be part of this community? Get in touch with us and get ready for this new boundary of Medicine!

Scott KA; Dalgleish AG; Liu WM. Anticancer effects of phytocannabinoids used with chemotherapy in leukaemia cells can be improved by altering the sequence of their administration. Int J Oncol 51: 369-377, 2017. 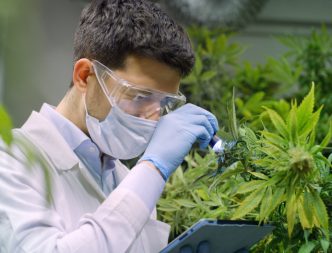 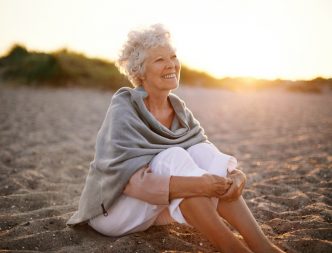 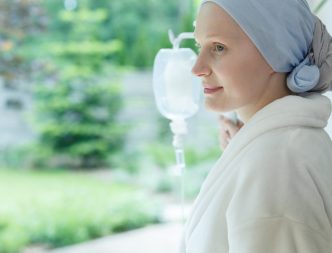 This website uses cookies to improve your experience while you navigate through the website. Out of these, the cookies that are categorized as necessary are stored on your browser as they are essential for the working of basic functionalities of the website. We also use third-party cookies that help us analyze and understand how you use this website. These cookies will be stored in your browser only with your consent. You also have the option to opt-out of these cookies. But opting out of some of these cookies may affect your browsing experience.
Necessary Always Enabled

Any cookies that may not be particularly necessary for the website to function and is used specifically to collect user personal data via analytics, ads, other embedded contents are termed the " non-necessary cookies. It is mandatory to seek user consent prior to running these cookies on your website.