The relationship between Cannabis and psychotic disorders or psychosis is contentious and controversial. Researches analyzing the recreational use of the plant suggests a more frequent occurrence of psychotic disorders resulting from substance abuse. The medicinal use of cannabis, in turn, can bring a series of benefits in the context of psychiatric therapies. In this article, we gather the main scientific evidence on this topic. Find out now.

Objections to medicinal use of cannabis in psychotic disorders

Although being a substance legalized in more than 40 countries, medicinal cannabis is still a taboo subject in several aspects. The objection to the plant for managing psychotic disorders or psychosis, for example, is closely related to its recreational use. This is because substance abuse in people susceptible to experiencing psychiatric disorders can indeed generate problems such as chemical dependency, amotivational syndrome and schizophrenia. Therefore, the differentiation between the medicinal and recreational use of cannabis is needed and extremely important.

This scientific evidence has contributed to rebutting the social stigma surrounding cannabinoids. THC, for example, is quite “demonized” in the psychiatric environment for its psychotoxic potential. However, it is necessary to clarify that there is a big difference between psychoactivity and psychotoxicity. Psychotoxic reactions are very rare in assertive prescriptions of medicinal cannabis.

In fact, many reactions resulting from medicinal THC are welcome in different psychiatric clinical conditions, such as in the fight against inappetence, insomnia, in the modulation of pain perception, and in the stimulation of the feeling of well-being.

>> Expand your knowledge. Read our article on Medicinal attributes of THC: learn about its therapeutic properties and deconstruct the myths surrounding this molecule.

Discover scientific evidence that demonstrates the potential of medicinal cannabis in psychotic disorders, such as schizophrenia.

There is a series of scientific researches that reinforce the antipsychotic potential of CBD and, consequently, its effectiveness in schizophrenia. Over the past 20 years, nearly 40 studies have been conducted examining the direct impact of CBD and THC as modulators of Endocannabinoid System in the context of psychosis.

While early research points to seemingly paradoxical results, more recent studies suggest that CBD is a valuable antipsychotic. An example is this research conducted in 2018 with a group of schizophrenic patients. Part of the group were administered with CBD along with conventional medicines. The other party were administered with placebo.

The results after 6 weeks of therapy showed that, compared to those taking placebo, patients taking CBD experienced reduced levels of psychotic symptoms. The research also showed that the adverse effects were well tolerated, with similar occurrence rates between the two groups.

>>You can read the full research here: Cannabidiol (CBD) as an Adjunctive Therapy in Schizophrenia: A Multicenter Randomized Controlled Trial.

Differences in the role of CBD and THC in psychotic disorders

Regarding the two main cannabinoids, CBD and THC, studies carried out over the last 20 years also suggest that THC-based therapy – or type I chemovariant (THC > CBD) – has an increased risk of inducing psychotic events in some vulnerable people. On the other hand, CBD-based therapies – type III chemovariant (THC < CBD) – have been shown to produce very significant antipsychotic effects.

Therefore, we can say that despite the contradictory results pointed out by the first researches involving Cannabis and psychosis, this gap has already been resolved by the most recent double-blind clinical trials, which demonstrate that THC and CBD are capable of inducing opposite effects in human psychophysiology, and especially in  schizophrenic patients.

The data also reveal that, compared to the conventional antipsychotic amisulpride, CBD showed similar efficacy in reducing psychotic symptoms in patients suffering from these disorders, as in schizophrenia.

Scientists also postulate that, in addition to the direct effects of CBD in the treatment of psychoses, this substance induces several indirect therapeutic effects, such as inhibition of the enzyme (FAAH), which metabolizes the endocannabinoid anandamida (AEA), thus increasing its bioavailability.

The highest levels of AEA, in turn activate CB1 and CB2, receptors, serotonin receptors (5-HT1A), receptores GPR55 and receptor of transient receptor potential vanilloid subtype 1 (TRPV1). Of these, the activation of CB1 and 5-HT1A are directly related to antipsychotic therapeutic effects, without ruling out an additional protective or synergistic role of the others: CB2, GPR55 and TRPV1.

>> Check everything in the following article: Cannabidiol as a Potential New Type of an Antipsychotic. A Critical Review of the Evidence

Regarding THC, the risk of inducing psychotic events in some vulnerable people is due to increased levels of glutamate in the striatum, which may contribute to these events. It is this safety profile that has consolidated the CBD as the most assertive choice in controlling psychosis resulting from schizophrenia. In addition, there are experimental studies suggesting the psychotoxic potential of THC and its impact on the risk of psychotic-like experiences.

An example is this bibliographic review that brings functional studies of magnetic resonance, in which it was shown that a single dose of THC is able to modulate regions involved in reward and salience processing, such as the striatum, midbrain, insular and anterior cingulate, with some effects correlated with the severity of substance-induced psychotic symptoms.

>> Read the full study at: Cannabinoids, reward processing, and psychosis.

CBD, in turn, would act in the opposite direction. This is also what suggests this study, indicating that individuals genetically predisposed to schizophrenia may be especially vulnerable to psychotic experiences resulting from THC. These experiences include auditory hallucinations, visual hallucinations, delusion of reference and, above all, persecutory delusions.

>> Read the full research at: Cannabis, schizophrenia genetic risk, and psychotic experiences: a cross-sectional study of 109,308 participants from the UK Biobank.

Scientific evidence on the relationship between Cannabis and other psychiatric disorders

There is also promising scientific evidence regarding the therapeutic potential of cannabis in other psychiatric disorders, such as those listed below.

Medicinal cannabis helps reducing symptoms of agitation, irritability and stress resulting from anxiety conditions. An observational research carried out on 670 people showed that 95,5% of them reported a decrease in the intensity of these symptoms after the therapeutic use of the substance.

When considering only anxiety itself, 66% of the participants indicated positive results in controlling the condition from the medicinal use of the plant. These data further suggest that THC-rich products were effective in alleviating the symptoms involved.

>>You can read the full research here: The effectiveness of inhaled Cannabis flower for the treatment of agitation/irritability, anxiety, and common stress.

There is scientific evidence for the potential of CBD as antidepressant element. A North American research, published in 2021, showed that in a sample of 196 patients using cannabis medicinally, 89% reported significant relief in depression chronic pain, arthritis and nausea.

Moreover, 68% of those patients reported a score of 8 or higher in a 10-tier scale) regarding the potential of cannabis in reducing pain. Also, according to the study, the therapeutic use of the plant was able to reduce or even eliminate a series of drugs previously in use.

>>You can read the full research here: Mixed methods study of the potential therapeutic benefits from medical cannabis for patients in Florida.

Poor sleep quality, with hyperexcitation and recurrent nightmares, is one of the most common symptoms in post-traumatic stress disorder (PTSD). An bibliographic review containing studies published in the last 10 years shows that medicinal cannabis is quite effective in this context, considering both the use of phytocannabinoids THC and CBD, and synthetic cannabinoids.

>>You can read the full research here: Use of cannabinoids for the treatment of patients with post-traumatic stress disorder.

The evidence about the relationship between Cannabis and psychotic disorders, as well as other psychiatric illnesses demonstrates why in-depth study in this field is so important. Specialized education is essential to explore the therapeutic potential of medicinal cannabis and to act with confidence and assertiveness in prescription practice.

The WeCann Academy is committed to this learning journey and offers International Certification in Endocannabinoid Medicine.

We connect experts from around the world in a global community of studies on the Endocannabinoid System to bring together, in a highly qualified way, scientific knowledge and practical experience in medicinal use of Cannabis. 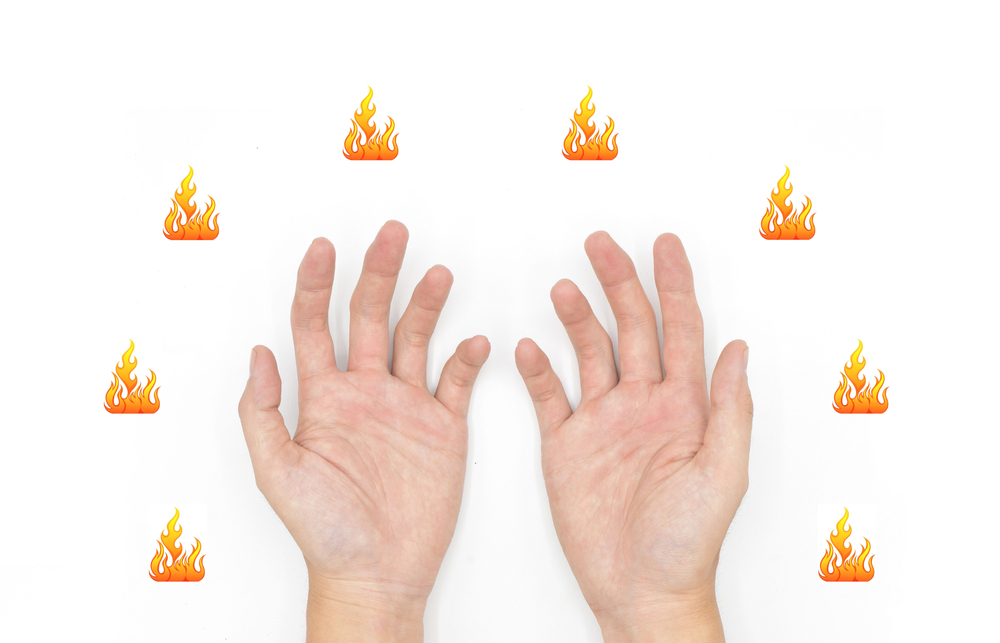 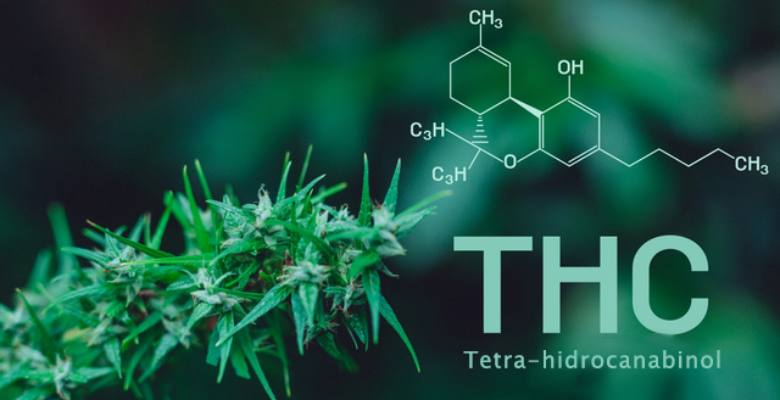 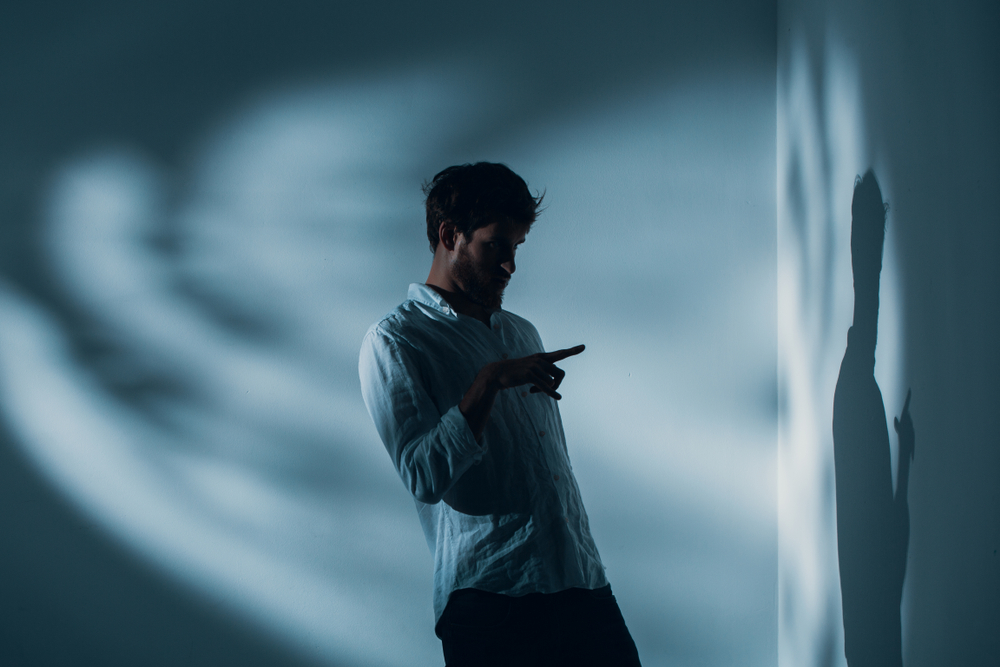 Although smoking Cannabis is known for its potential to induce acute psychotic symptoms, a context of medicinal use of…