Medical Cannabis and cardiovascular diseases: what evidence is there?

Home > Blog > Medical Cannabis and cardiovascular diseases: what evidence is there?

Cardiovascular diseases are among the most common causes of death around the world. In Brazil, these diseases lead as the main cause of death, corresponding to about 400 thousand deaths annually, 30% of all deaths in the country. These data from the Sociedade Brasileira de Cardiologia (SBC) [Brazilian Society of Cariology] how how urgent it is to work on multiple ways to prevent cardiovascular disease.

The Medical Cannabis is a tool that can contribute to this scenario. Scientific research shows that the Endocannabinoid System (ECS) regulates and modulates several cardiovascular functions, and cannabinoid derivatives may slow the progression of some of these diseases. In this content, we will better explain this relationship and what we already know scientifically about it.

Read on and understand the importance of an appropriate education in the fieldto apply this knowledge safely and effectively.

Relationship between the Endocannabinoid System and the cardiovascular diseases

Studies show that the chemical elements in Cannabis are able to protect the vascular endothelium from conditions such as increased cholesterol and increased glucose levels. As vasodilator substances, the cannabinoids can also help control blood pressure levels.

Cannabinoids exert their effects mainly through the activation of the endocannabinoid receptors CB1 and CB2 but they also act on multiple other receptors such as adrenergic, acetylcholinergic, nicotinic, dopaminergic, and transient receptor potential vanilloid type 1 (TRPV1).

This bibliographical review suggests the benefits of this interaction in a number of cardiovascular processes, including vasodilation, cardiac protection, modulation of the baroreflex in the control of systolic blood pressure and inhibition of endothelial inflammation and progression of atherosclerosis in murine models.

>> You can read the full review here: Cannabinoids and cardiovascular disease: the outlook for clinical treatments.

>> You can read the full review here: The Endocannabinoid System and Heart Disease: The Role of Cannabinoid Receptor Type 2.

Scientific evidence shows several therapeutic properties of cannabidiol (CBD) and tetrahydrocannabinol (THC) – the two most common phytocannabinoids of the Cannabis plant – in different clinical conditions. However, in the context of cardiovascular diseases, it is important to stress that the use of extracts predominant in the THC may pose risk situations for some patients.

In a context of recreational use of the plant, it has already been shown in different works that the positive inotropic and chronotropic effects of THC can cause arrhythmias, including ventricular tachycardia, increase the risk of acute myocardial infarction, and may potentially cause sudden death. However, in a context of medical use and assertive prescriptive strategies, these risks are significantly minimized..

To understand more about the pharmacology of the cardiovascular effects of cannabinoid derivatives, we recommend these two papers:

>> Cardiovascular effects of marijuana and synthetic cannabinoids: the good, the bad, and the ugly

Therefore, it is essential to have the appropriate education in the field and individualize treatments, in order to choose the safest product profile for each patient. In addition, we emphasize the importance of not “misinterpreting” the THC, since this phytocannabinoid brings together unique therapeutic attributesfor several pathologies, of which we can point out:

As for the CBD, many positive effects have been observed in experimental models of cardiovascular diseases (myocardial infarction, cardiomyopathies, myocarditis), stroke, neonatal hypoxic-ischemic encephalopathy, cardiovascular complications associated with diabetes, and ischemic liver and kidney injuries. In these pathological conditions, CBD decreased organ damage and dysfunction, oxidative stress, inflammatory processes, and cell apoptosis, among others.

>> Check out more about this paper: Review The Effects of Cannabidiol, a Non-Intoxicating Compound of Cannabis, on the Cardiovascular System in Health and Disease

Other scientific evidence that helps us understand the relationship between medical Cannabis and cardiovascular diseases includes pre-clinical studies such as this research, which evaluates the in vitro effects of Cannabis oil administration and its antioxidant actions, as well as on serum lipid profile, lipid peroxidation, inflammatory responses and endothelial cell integrity.

In the study in question, mice fed a high-fat diet were given Cannabis oil for 8 weeksResults showed that use of the compound reduced serum triglyceride and low-density lipoprotein cholesterol levels by week 6 of testing

A decrease in tumor necrosis factor α and nitric oxide was also observed. The results indicate that the administration of the oil alleviated the endothelial cell damage and lipid deposition induced by the high-cholesterol diet. The ratio between lesion area and total aortic area was of 19,57% for the Cannabis group, while in the control group this ratio was 24,67%.

We also highlight this study investigating the protective effect of terpeno β-myrcene terpene on oxidative and histological damage in mouse cardiac tissue caused by cerebral ischemia. The results showed that degenerative changes in cardiac tissue were ameliorated after terpene administration, suggesting the use of β-myrcene as a safe alternative substance for recovery from cardiac overload and damage after ischemic stroke.

>> You can read the full study here: The protective cardiac effects of Β-myrcene after global cerebral ıschemia/reperfusion in C57BL/J6 mouse.

There is also scientific research regarding the use of cannabinoids – in particular, the THC – in the management of type I diabetes mellitus. One example is this paper of which objective was to determine whether chronic low-dose administration of this partial cannabinoid receptor agonist could provide cardioprotective effects in this type of diabetes.

8-week-old male rat specimens were induced to diabetes by a single intravenous dose of streptozotocin. After induction of the disease, THC was administered via intraperitoneal injection for a period of 8 weeks, until the animals reached 16 weeks of age.

These results suggest that THC is able to improve myocardial and vascular function through antihyperglycemic and antioxidant effects, thus being characterized as a potential study target for the treatment of cardiovascular diseases associated with diabetes.

>> You can read the full experiment here: A single dose of cannabidiol reduces blood pressure in healthy volunteers in a randomized crossover study.

This revision of Brazilian researchers published in the Arquivos Brasileiros de Cardiologia explains more details on how the endocannabinoid system acts physiologically in the regulation of energy homeostasis and in lipid and carbohydrate metabolism, being characterized in a promising therapeutic perspective in the control of multiple cardiovascular risk factors such as obesity, dyslipidemia, insulin resistance and atherosclerosis.

>> Check out the full study here: The endocannabinoid system: new perspective on the control of cardiometabolic risk factors

Although the evidence surrounding the use of cannabinoids in cardiovascular diseases is promising, it is important to reinforce that this practice requires qualified training in the field, since appropriate technical knowledge is often the determinant factor between optimization of therapeutic effects and modulation of potential adverse effects.

Therefore, if you want to incorporate this vast therapeutic arsenal safely and effectively into your medical practice, seek out your Endocannabinoid Medicine training with the WeCann AcademyWe connect experts from around the world to connect scientific knowledge and practical experience, and help physicians access this potentially disruptive knowledge. 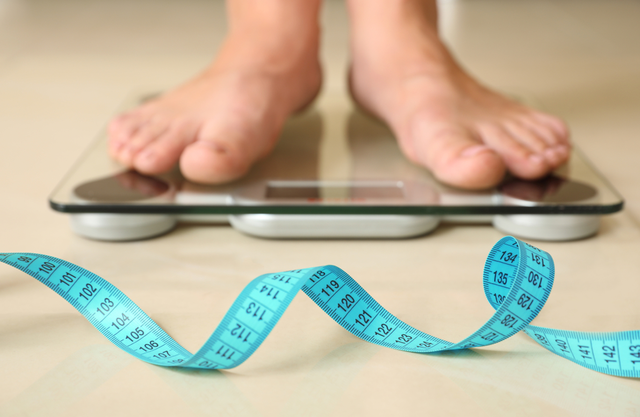 Cannabis and weight loss: what is the relationship?

When we talk about Cannabis and weight loss, you may be confused, after all, it is common to associate… 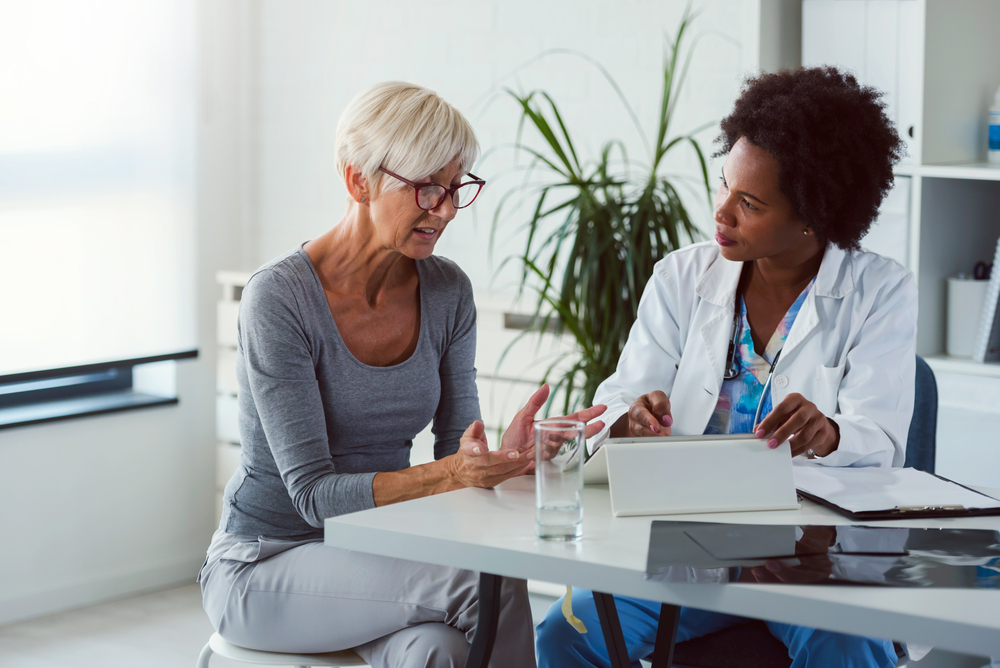 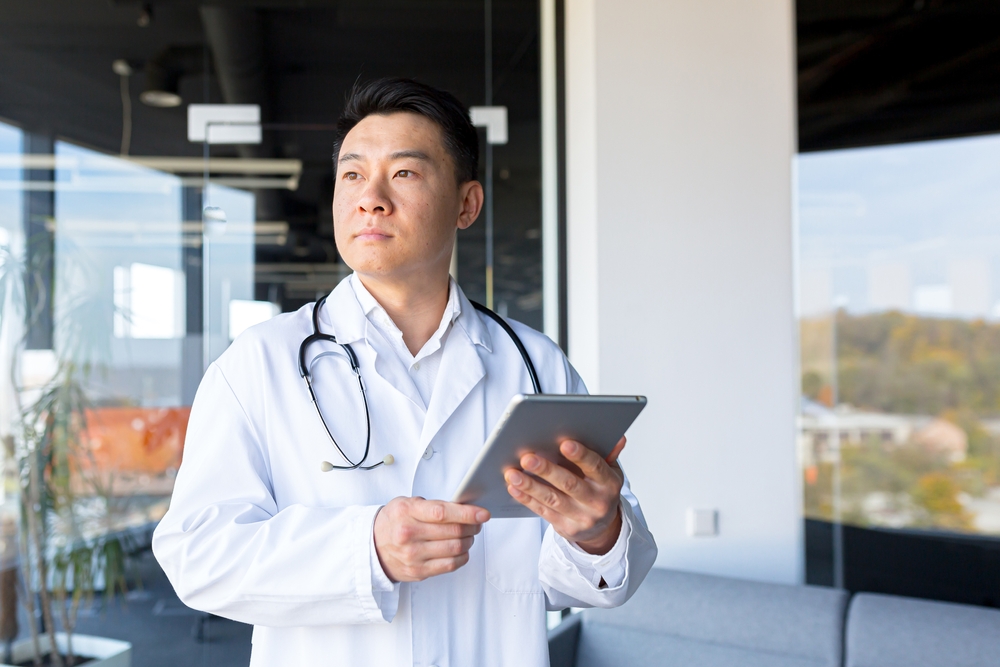