Depression: is there room for treatment with medical cannabis?

Home > Blog > Depression: is there room for treatment with medical cannabis?

Although research on the treatment of depression with medical cannabis is still preliminary, there are promising scientific indications that phytocannabinoids may assist in the control of depressive symptoms.

In summary, the use of THC can produce both pro- and antidepressant effects, which are most likely dose-dependent (the higher the dose of THC, the greater the risk of negative neuropsychiatric adverse effects). In contrast, CBD, has received a great deal of attention in studies in this area, which show antidepressant and anxiolytic properties , while also having a very favorable safety profile. In addition to these phytocannabinoids, a number of common terpenes in the plant have also shown efficacy in relieving depressive symptoms such as beta-caryophyllene, limonene, pinene, and linalool.

In this content, we will talk more about this, exposing what we already know scientifically about the potential of phytocannabinoids in the treatment of depression and about the relationship between the Endocannabinoid System (ECS) and the modulation of emotions.

Cannabinoids and the therapeutic potential in depression

Mood, anxiety , and depression disorders affect a significant portion of the world’s population. Treatments with antidepressant drugs do not always achieve satisfactory results and often have side effects that worsen the quality of life of these patients. In this regard, the search for other treatment alternatives has been gaining prominence, such as Cannabis-based medicines..

Specifically in relation to depression, although there are few clinical studies with qualified methodology, there is clear pre-clinical evidence that phytocannabinoids, by acting on endocannabinoid receptors and other groups of receptors such as serotoninergic, gabaergic, glutamatergic, and adrenergic receptors, can produce antidepressant effects similar to the drugs conventionally used for this purpose.

The bibliographic review Cannabinoids in Depressive Disorders draws attention to the antidepressant activity reported following the use of cannabinoid derivatives, listing a number of preclinical studies which demonstrate that both CBD and THC act similarly to antidepressant drugs.

Studies further show that responses to cannabinoid compounds are relatively fast and, most likely, noradrenergic, serotoninergic, glutamatergic neurotransmission, neuroprotective activity, as well as modulation of the hypothalamic-pituitary-adrenal axis, the brain-intestinal axis, and molecular signaling between the Endocannabinoid System and the immune system are implicated in the therapeutic effects observed in this context.

>> You can read the full review here: Cannabinoids in depressive disorders.

Although the CBD is the cannabinoid with the most favorable safety profile in the relationship between medical cannabis and depression, this study suggests the potential also of the THC in depressive conditions. The research investigated the effects of the substance on brain functions related to emotional processing in 11 healthy subjectsthrough functional magnetic resonance imaging.

The performance and brain activity during a combination of stimuli with negative (“fearful faces”) and positive (“happy faces”) content were evaluated after the administration of placebo and THC. The use of THC reduced brain stimuli related to negative content and increased brain activity related to positive content. In other words, the results support the hypothesis that the Endocannabinoid System is involved in the regulation of emotional processing and THC administration is able to positively modulate emotions.

>> You can read the full study here: The endocannabinoid system and emotional processing: a pharmacological fMRI study with ∆9-tetrahydrocannabinol.

After the scientific discovery of the Endocannabinoid System (ECS) in the mid-20th century, research into medical cannabis began to grow exponentially, establishing phytocannabinoids as key players in the Medicine of the future.

The ECS is a vital regulatory system that is involved in all our physiological and pathological processes. The interaction of endocannabinoid receptors with their main ligands regulates and modulates several conditions, such as energy expenditure, the immune system, inflammatory processes, learning and memory processes, and also our emotions.

The range of chemical compounds in the Cannabis help balance the Endocannabinoid System, contributing to improve the quality of life and well-being of patients in different pathological contexts, including depression.

Would you like to better understand how the Endocannabinoid System and phytocannabinoids interact? Download our full e-book and learn more about the mechanisms of action of medical Cannabis.

Activation of the hypothalamo-pituitary-adrenal (HPA) axis, including glucocorticoid release, is a key hormonal response to stress. Endocannabinoid signaling substances are important for maintaining the HPA axis homeostasis and mediating the mechanisms of glucocorticoid release and acting.

Behavioral consequences of stress include fear and anxiety, and chronic stress often progresses to depression-like symptoms. Research shows that the interaction between endocannabinoid substances and the HPA axis is prominent in behavioral responses to chronic stress, aiding in symptom relief.

>> You can read the full study here: Endocannabinoids and stress.

The efficacy of cannabis in relieving depressive symptoms

As we have already said, we still do not have clinical studies of qualified methodology to affirm that medical Cannabis is effective in the treatment of depression. However, research to date shows promising indications that phytocannabinoids can contribute positively to the control and relief of depressive symptoms.

An example is this experiment that links the consumption of cannabis flowers to improved mood and other behavioral issues. In the study, 1,819 people who completed 5,876 sessions of self-administration of Cannabis in the treatment of symptoms of depression over a three-year period.

The results pointed that on average, 95,8% of users experienced symptom relief after consumption, with an average reduction in symptom intensity of 3.76 points, on a scale of 0-10. In addition, 64% of users reported feeling happier, more optimistic, at peace, or relaxed.

Regarding the predominance of cannabinoids, THC levels are more related to symptom relief in general, while CBD has been shown to be more effective in controlling the intensity of these symptoms.

>> See the full study here The Effectiveness of Cannabis Flower for Immediate Relief from Symptoms of Depression.

Cannabidiol in the treatment of depression

The magnitude of effect and the extent of side effect experiences in the use of phytocannabinoids for depression vary according to the chemotype properties of the plant.

In this regard, CBD stands out as the most abundant non-psychotoxic component of Cannabis. Precisely because of its safety profile, the substance is considered the most promising agent in the relationship between cannabinoids and depression.

Because the CBD interacts with a wide variety of molecular targets in the brain, its therapeutic potential has been investigated in a number of neuropsychiatric disorders, such as mood, anxiety and depression. However, the exact mechanisms of CBD’s molecular action remain unknown, even though several studies attest to the anxiolytic and antidepressant potential of this cannabinoid.

An example is this pre-clinical review which provides a summary of animal studies describing evidence linking CBD’s molecular actions to behavioral effects. These studies highlight the potential of CBD to reduce depressive behaviors in experiments with rodents subjected to chronic stress.

Usually, these animals respond with behavioral episodes alternating between escape and immobility. The research showed that a single injection of CBD (30 mg/kg) was able to induce effects similar to those of conventional antidepressants, comparable to imipramine – a tricyclic antidepressant – , and fluoxetine, a selective serotonin reuptake inhibitor.

>> You can read the full review at: Cannabidiol as a Potential Treatment for Anxiety and Mood Disorders: Molecular Targets and Epigenetic Insights from Preclinical Research.

A practical example showing the potential of cannabidiol in the therapeutic management of depression comes from this case study of a 16-year-old patient, with a history of multiple substance use disorder (smoking Cannabis, MDMA, cocaine, ecstasy), social phobia, narcissistic personality disorder, and major depression.

CBD capsules were administered in different dosages after multiple unsuccessful treatments with conventional antidepressants. The dosage ranged from 100 mg to 600 mg over 8 weeks. The results showed that CBD was a safe and a well-tolerated medication for this patient.

After treatment with CBD and weaning from the antidepressant medication, the patient showed significant improvement regarding depressive symptoms and symptoms arising from anxiety, including phobia and paranoia. In addition, the patient stopped using cannabis smoke, MDMA, cocaine, and ecstasy without showing relevant withdrawal symptoms.

It is worth remembering that, despite the proven efficacy in this case, we still need more scientific studies of qualified methodology to attest that CBD is an effective therapeutic option in cases of depression and chemical dependence.

>> See the full study at: Cannabidiol treatment in an adolescent with multiple substance abuse, social anxiety and depression.

A specialized medical education is critical to prescribing Cannabis-based medications safely and effectively.

The WeCann Academy is committed to your learning journey, providing this technical knowledge to physicians who wish to prepare for the Medicine of the future.

We connect experts from around the world in a global community of research and studies in Endocannabinoid System to link scientific knowledge and practical experience in the medical use of Cannabis. 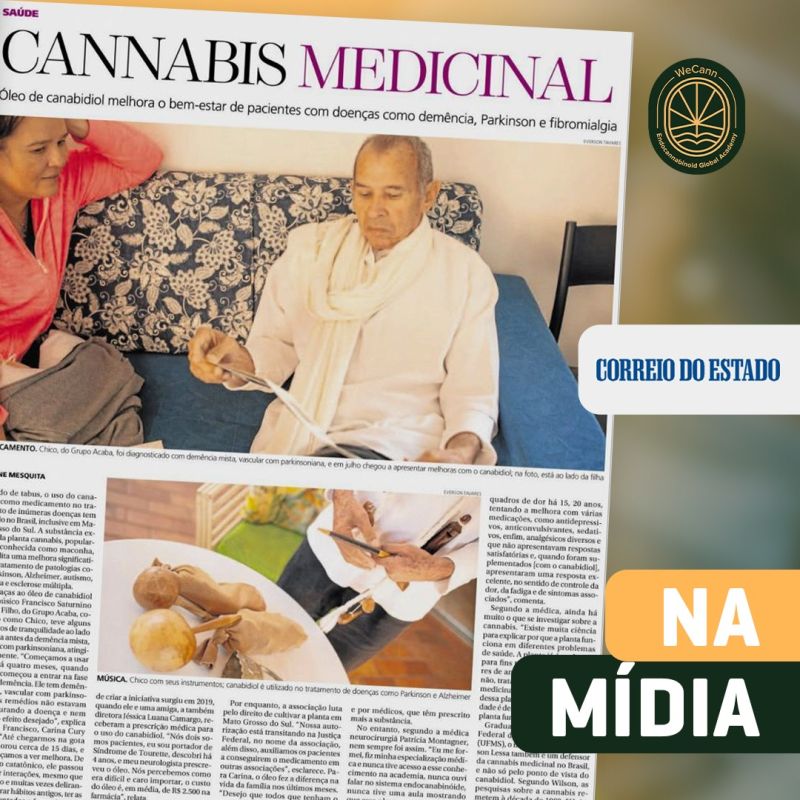 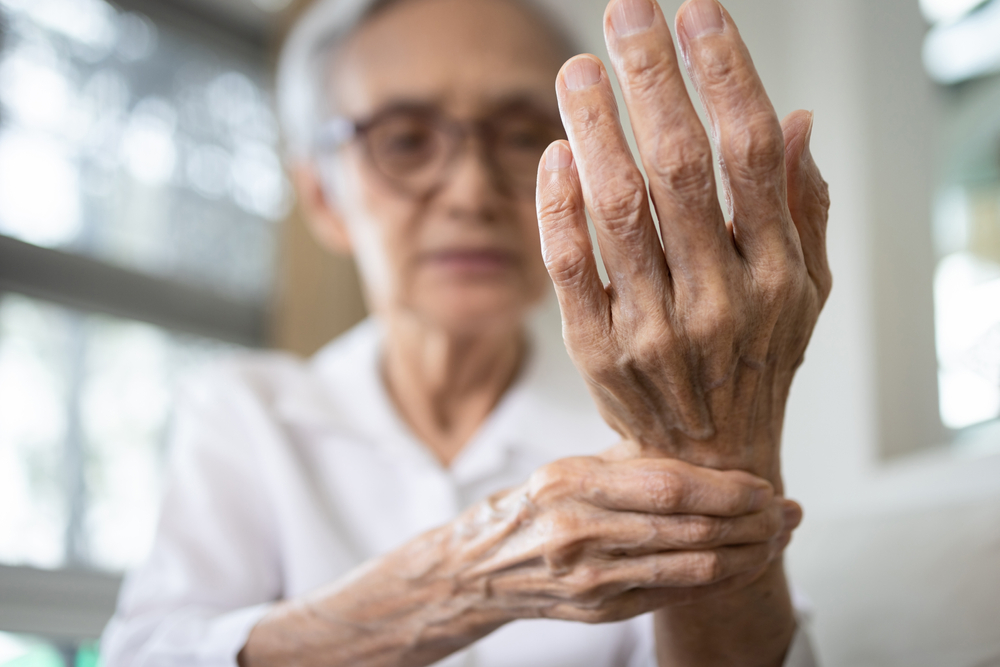 Rheumatoid arthritis: Can medical cannabis be a therapeutic adjuvant? 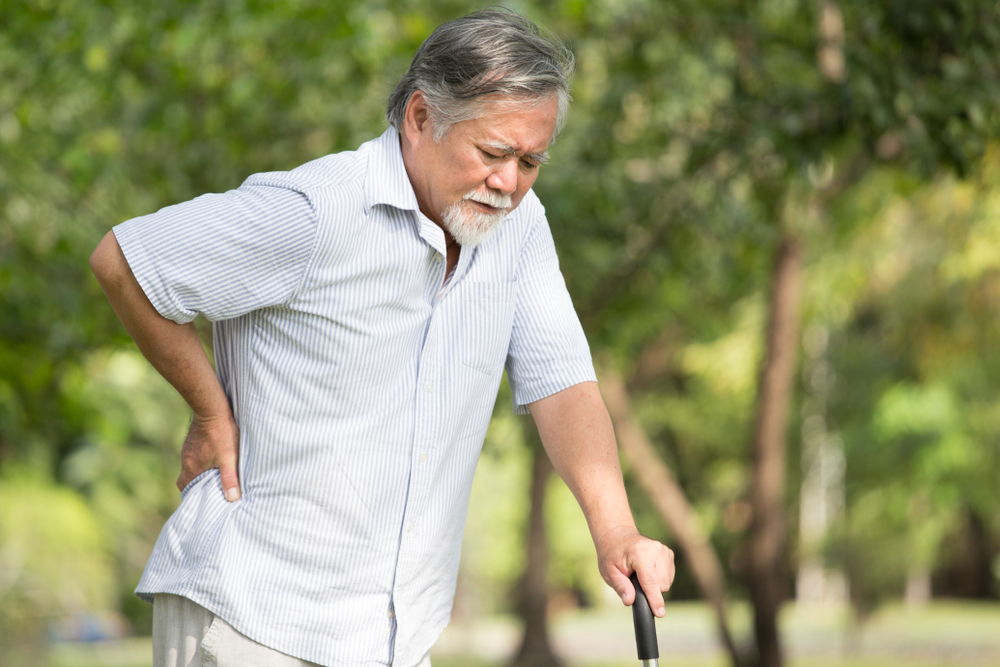